Social networks have been with us for just over a decade but it feels like forever. As a result, social media marketing has become part of our routine business lives. Exploiting one of the most basic biological trait, ability to communicate, this technological tool of the 21st century has made its inescapable presence into our lives, both personal and work.

Now, the forever growing social media is developing itself into more complex but useful ambits of our lives. Here is a short glance at what came this year and what shall follow. 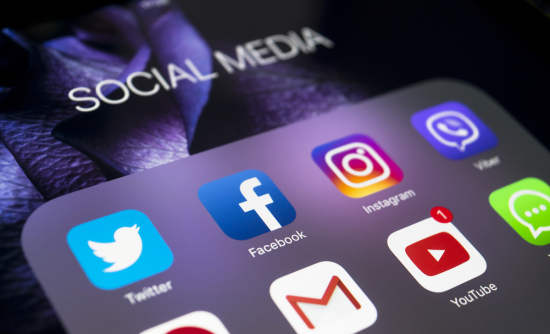 In the past year, a number of significant stories involved social media: Facebook lured Snapchat users to Instagram, the president of the United States communicated official policy positions in 140 characters and Apple announced plans to alter the way we interact with our mobile devices. Evidently, there was no shortage of changes to the social media industry last year, which included several new features, consumer preferences, and brand opportunities. For example, artificial intelligence lenses became a smash hit with Instagram Stories. And we saw the beginning of Instagram Shopping, which allows users to make more instant purchases. One among the important trends last year was chatbots on social media, which became obvious with the release of chatbots by both Facebook and Twitter. This year, social media is poised to create even more disruption as a number of new technological advancements go mainstream, and as social norms related to social media change. Here are the top 10 social media trends to watch as 2018 goes through.

The rise of Augmented Reality

Augmented reality is dramatically changing the landscape of social media messaging. While virtual reality requires specialized equipment, augmented reality or AR is far more practical for users. It is changing the way messages are shared by hiding them virtually over a mutually agreed location. The major social media platforms are already investing considerable funds into optimizing their AR capabilities. With social media giants making big bets on AR, it’s obvious that the technology has a bright future ahead of it. Imagine, for instance, a scenario where a customer could try products using AR technology and make a purchase without ever having to enter a store. Big brands like Ikea and Duplex are already designing processes around this potential since Augmented Reality users are projected to reach 200 million in 2018.

The connection between brands and consumers has never been closer than what we see today. Consumers not only love sharing personal accomplishments on social media, but they also enjoy getting responses for the milestones by brands. Here are few facts to back what we are saying.

These types of opportunities can be great for your brand in 2018. Don’t leave your golden chances for communication behind. In the end, it is going to be about making relationships and providing feedback when users need it the most from you.

Technology, it seems like it’s infiltrating every facet of the human experience. If you have been keeping a close watch on the markets of social media, then you must have heard about Digital Hangouts. Digital hangouts are on the rise- these platforms provide a space where a group of people can interact, socialize and “hangout” over cyberspace. Popular apps such as Google Hangout and Slack have mainstreamed the concept in a professional setting, however other companies, such as Houseparty are creating applications where people can simply socialize over facetime with their mobile devices. Earlier this year Facebook released a virtual hang out called, Facebook Spaces. The interesting platform allows users to interact as if they were together in person with a digital avatar using the Oculus VR headset. The platform allows people to watch videos together, take photos, draw and several other virtual activities. In addition to that, Facebook also introduced Watch Party, a new feature available to groups that let members watch videos at the same time while continuing to comment and interact. With such expansions in this field, companies can look forward to establishing healthier and more intuitive relationships with their customers.

Chatbots are a conversational agent that is designed to simulate intelligent conversation without a human being present.

In the artificial intelligence era, it’s all about embedding human smarts in machines.

Facebook chatbots are one application of this revolution, as they rapidly gain popularity and provide a new tool for marketers to leverage. These chatbots are the incorporation of automatic chatbots within Facebook Messenger.

Chatbots offer flexibility in order to automate tasks and assist in retrieving data. They are becoming a vital way to enhance the consumer experience for the purpose of better customer service and growing interaction. They are a cheaper and more efficient tool to automate some of the day-to-day tasks, enabling you to focus your resources on the core aspects of your business. And this is why businesses of all sizes are jumping on the chatbot bandwagon. We all understand that incoming social messages to your brand need a response. But what if your organization receives hundreds or thousands of similar customer service questions? Brands have found an answer and it’s chatbots. For those who haven’t ventured in here, better take your shot, because chatbots and artificial intelligence are going to be the next big thing. ‘Google Duplex’, ring any bells for you?

People want video. You may have noticed how much more video you’re seeing on your Facebook and LinkedIn feeds — expect more. This may have impacted you, but for even younger audiences social has totally replaced the TV. They still want to consume video and now these cord-cutters turn directly to YouTube, Instagram, and Facebook to get it.

Moreover, what was once a novel gimmick has become a mainstream part of social media. Today, brands big and small have started using live streaming to capture the attention of followers. Th video should be part of all your marketing campaigns. It can be live, pre-produced, casual, or polished. You’ll figure out what works for your audience, but you have to get started now if you haven’t already. An easy way to figure out what to create is to always ask, “What’s the video element?” about every single marketing campaign your team creates. Once you get started start reviewing the data. Focus on metrics like watch time overviews, and let that be your guide to decide what’s working

A number of new social media trends that will impact users and brands alike are strengthening and accelerating. It is likely that video streaming and virtual reality will go mainstream.

John Maynard Keynes said, “The difficulty lies not so much in developing new ideas as in escaping from old ones”

As marketers and entrepreneurs, you will need to let go of practices and tactics that are not effective as they once were. We live in a fast-changing world.

You will need to keep reinventing.